Thought on Image Lecture for CSSA

Image: a representation of the external form of a person or thing in art.

Image: a mental picture of a person, animal, or object summoned up by a word, phrase, or sentence. Images are often visual, but may appeal to any of our senses: sight, hearing, smell, taste and tough.

Imagery is the literary term used for language and description that appeals to our five senses. When a writer attempts to describe something so that it appeals to our sense of smell, sight, taste, touch, or hearing; he/she has used imagery.

The purpose of imagery is to take advantage of all of a reader's senses and build them into something vivid and real in the reader's imagination.

I see it on Cabrillo. Midway through the crosswalk.
Some people spot an injured pigeon
tumbling down the street and think

The first November after the divorce
there was a box from my father on my birthday—no card, but a
big box from Hink’s, the dark
department store with a balcony and
mahogany rail around the balcony, you could
stand and press your forehead against it
until you could almost feel the dense
grain of the wood, and stare down
into the rows and rows of camisoles,
petticoats, bras, as if looking down
into the lives of women.
The box was from there, he had braved that place for me
the way he had entered my mother once
to get me out.  I opened the box—I had
never had a present from him—
and there was a blue shirtwaist dress
blue as the side of a blue teal
disguised to go in safety on the steel-blue water.
I put it on, a perfect fit,
I liked that it was not too sexy, just a
blue dress for a 14-year-old daughter the way
Clark Kent’s suit was just a plain suit for a reporter, but I
Felt the weave of the mercerized Indian Head cotton
against the skin of my upper arms and my
wide thin back and especially the skin of my
ribs under those new breasts I had
raised in the night like earthworks in commemoration of his name
A year later, during a fight about
just how awful my father had been,
my mother said he had not picked out the dress,
just told her to get something not too expensive, and then
had not even sent a check for it,
that's the kind of man he was.  So I
never wore it again in her sight
but when I went away to boarding school I
wore it all the time there,
loving the feel of it,
just casually mentioning sometimes it was a gift from my father,
wanting in those days to appear to have something
whether it was true or a lie, I didn’t care, just to
have something.

Circus Youth
My life was going by. Year. Cake. Year. Cake.
And no circus. No clowns. Only that rotten dress,
blue and tumbling. I wanted to eat the buttons.

I wanted to feed the rest—cuffs and collar—
to the dogs. Let it be dung. Let it be
that common. I craved a ship. I desired

a texture wholly unlike my life. Clowns.
Funny rubber balls. Who handed me these knives
to juggle? Who said everything was going to be fine?

I know. I know. Childhood shows no mercy.
Others have had to catch much trickier knives—
all blade, no handle. No one meets our demands

for better maps or parents or more robust
Saint Bernards. The worst day of my life.
The circus. The tragic reality that it was a show.

Lions reduced to cats. Leather-clad men riding motorcycles
inside metal balls. The terror of the ringmaster,
so much like my grandfather, folding in a bow.

We took you, my parents said. And it wasn’t
a lie. Elephants in chains. Painted faces blistering
under the makeup’s grease. Afterward,

I ached on my sandbag pillow. Pots clattering
to the kitchen floor. A heap of a dead horse
melting in the field beyond my window.

Couldn’t there be a different circus? Music
piped at the happiest pitch?  Children so thrilled
they shit themselves in the stands and smile on?

And clown hands, clown necks, clown thighs put together
to assemble a truly hilarious thing?  Futile, I know,
I prayed for years. Slowly flowering in my bed.

Certain of something. Wanting what I wanted.
Clown in my doorway. Clown on my floor.
A clown on my very own thumb.

I see it on Cabrillo, midway through the crosswalk.
Some people spot an injured pigeon
tumbling down the street and think

good riddance.  But how can I think that?
I know this bird. I’ve seen it before.
Balboa. Anza. Clement. Its wounded

foot lifted high into its feathered body.
No, I will never take this bird home.
I root for it in other ways. What a survivor!

I pass it on the way to the post office,
parading like a governor in a bright
patch of sun. Don’t worry. This bird

will never break my heart. Not right now.
Not tomorrow. Not next week when I find it
hammered to the road. Poor bird.

A ruptured viola. All of its red strings
pulled out of it. Even with big dreams,
a pigeon can only survive so long

on these streets. Had you asked me, had you
been a reasonable being, I would
have warned you to stick to the sky.

What Makes a Story?

For me, a good a story requires that something happens that is so important, that by the end of the story the character is changed by it.

Three Ideas from your real life:
1.

Three ideas from your imagination:
1.

How do you build a character?

Write a poem that shows how a single event in your life changed you. I’ve given you the title, the first few words of the first line, and the last line. Try to be as specific as possible. And try to keep your poem to less than ten lines or sentences. Remember, focus on the specific event (real or imaginary) and focus on how it changed you. Your poem doesn’t have to rhyme, in fact it will probably be easier if you write it without any rhymes. I’ll read you an example.

Autobiography: an account of a person’s life written by that person.

And here I am today


When I was a child
I played by myself in a
corner of the schoolyard
all alone.

I hated dolls and I
hated games, animals were
not friendly and birds
flew away.

If anyone was looking
for me I hid behind a
tree and cried out "I am
an orphan."

And here I am, the
center of all beauty!
writing these poems!
Imagine!
by Frank O’Hara 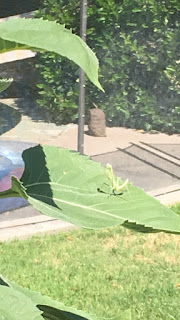 Posted by kristen tracy at 7:40 AM